Rip Rap Boulders - What is it?

If you're not already familiar with the effective, erosion-resisting construction aggregate, you might think "Rip Rap" is the latest music sub-genre your sons, daughters or younger relatives can't seem to get enough of and that you won't be able to escape having to listen to.

The origin of the name is actually rooted in the nautical term "riprap", which was used in the early 19th century to describe the rippling or 'tearing' of water surfaces caused by underwater currents along with the 'rapping' or striking of waves crashing into the shore.

The history of the name is fitting as the product is most often used in building seawalls to protect land and property from the impact of waves. The material is also sometimes called shot rock, rubble, rock armour or armour stone.

What is it exactly?

Rip rap is a loose, angular stone that comes in a range of sizes from 4" to 2 feet, and can be made out of a variety of materials like fieldstone or concrete rubble from building and paving demolition - but most commonly it is made of limestone or granite.

Rip rap size classifications and designations like 'Type 1, 2, A or B' will vary by state, which is why the Gravelshop sells simply by the rock measurements in inches.

Due to the angular nature of rip rap, it interlocks together well for stability while still allowing for good drainage. The energy from crashing waves and water currents is diverted and absorbed by rip rap, which acts as 'armor' against water, ice, and soil erosion (scour) from water bodies and storms. Because of these properties, it is a useful product for a number of applications:

How should it be used?

Rip rap has many uses and applications that will require different sizes and types of stone. Before buying and attempting to install the rip rap yourself, you should research and consider:

Rip rap is a relatively easy-to-install, durable material that will also maintain a natural aesthetic to the landscape that it is placed on. Though it is easy on the eyes lined up along a waterfront, it is not so easy on the feet - which is a plus for property owners who would like to deter foot traffic from dangerous or protected areas on their property.

If you have any additional questions on the sizes or anything else regarding rip rap, please feel free to call our team at the Gravelshop at (844) 331-9393, or write us at info@gravelshop.com for your next project.

to see prices and products 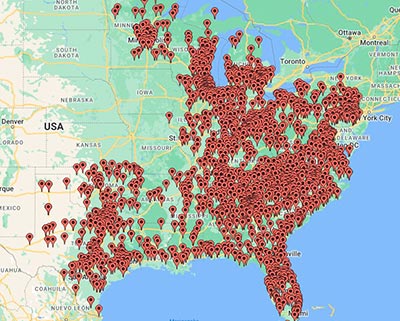 Type the zip code of the delivery address to see available products and prices.